For a band who can still holler "Let's get, let's get, let's get, let's get Rocked!" for almost four decades is beyond amazing! Def Leppard, along with REO Speedwagon and Tesla —the omnipotent gods of classic rock, are paving the concert roads with nothing but great music and fun times. The overwhelming demand for tickets show that fans are all excited for this all-rockstar screamfest. Get your tickets now! 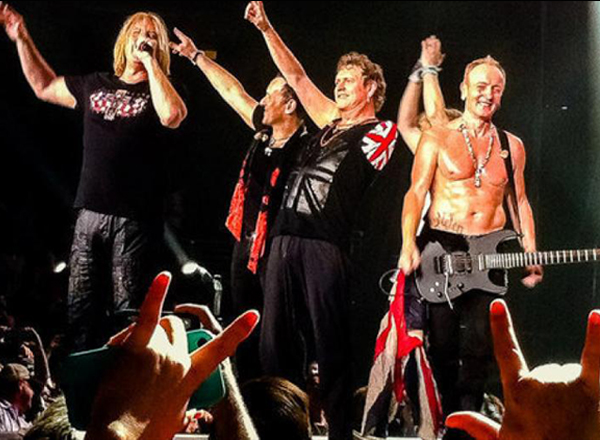 Def Leppard capped 2015 with a whopping 50-city tour. Yet fans are raving for more! Def Leppard has extended their 2015 tour this year, covering more cities in the U.S. Though Def Leppard headlines this triple bill tour, they truly get by with a little help from their friends. Iconic power rock ballads hitmaker REO Speedwagon and glam rock hero Tesla will share the stage with them.

Formed in 1977, English rock band Def Leppard was one of the forerunners of the New Wave of Heavy Mental movement. Their 1992 to present line-up include Joe Elliott (lead vocals), Rick Savage (bassist, backing vocals), Rick Allen (drums, backing vocals), Phil Collen (guitar, backing vocals), and Vivian Campbell (guitar, backing vocals). From the 1980s to the early 90s, the band soared and lorded over rockdom. They achieved the pinnacle of success via the release of their 1987 album 'Hysteria', which spawned seven monster hits: "Love Bites", alongside "Pour Some Sugar on Me", "Hysteria", "Armageddon It", "Animal", "Rocket", and "Women". This was followed by 1992 chart-toppers: "Let's Get Rocked" and "Have You Ever Needed Someone So Bad".