For on that day a sign was seen, high above the Oak Mountain, and on that day, they did come, three men from purgatory in Vermilion, by three Psychosocial’s without hope, by three Clowns in Jumpsuits. For it was not by chance that together they did number nine, for that was the sign. The sign of the knot had called them forth to gather at the Knotfest Roadshow in Oak Mountain Amphitheatre on Sunday, October 24th 2021. For the nine would be Slipknot, and they did gather more, Killswitch Engage, Fever333 and Code Orange were persuaded with promises of glory. Buy your tickets now, and join in the gathering. 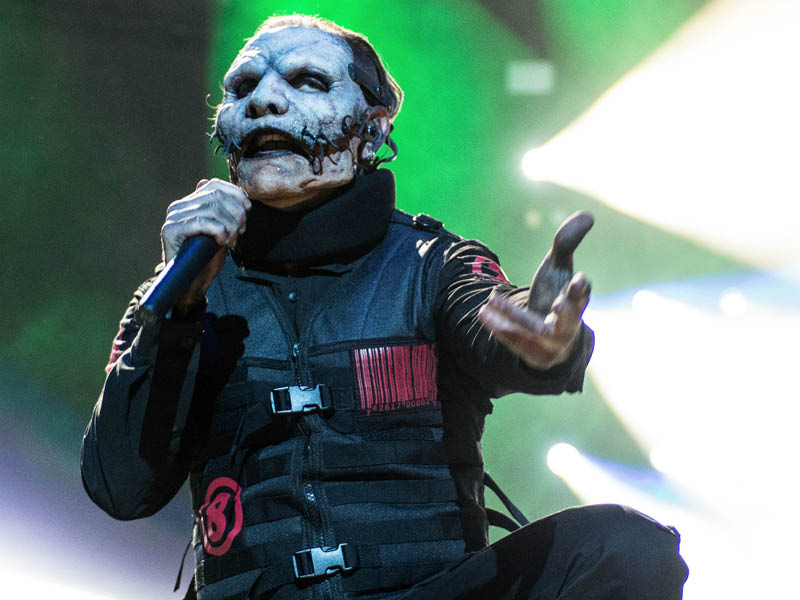 "With the world opening up, it's time to get excited about LIFE again. To get back to LIFE again. This tour is a long time coming, and we hope you're as excited to see it as we are to play it. Stay safe, stay (sic) and we'll see you soon." Says Slipknot frontman, Corey Taylor.

Slipknot’s, M.Shawn 'Clown' Crahan, confirmed earlier this year that they have been in the studio preparing a new album and that they are making "God music" and compared the new music to their second album, Iowa. So, expect some heavenly sounds to emanate from Knotfest 2021.
Killswitch Engage released their eighth studio album, Atonement. The album charted at number 13 on the Billboard 200, with the single "Unleashed" nominated for a Grammy Award for, Best Metal Performance, they followed that by releasing an EP entitled, Atonement II: B-Sides, in mid 2020, featuring six previously unreleased songs taken from the recording sessions of Atonement.
Fever333 released their second EP titled, Wrong Generation, in October 2020, an expertly crafted cross-genre album, Long Live the Innocent.
Code Orange released their fourth studio album, Underneath, in March 2020, with a heavier emphasis on industrial and electronic elements than their previous work, with Clash Magazine calling it, "practically a horror movie in audio form," stating that the "sheer, clear-eyed ambition they exhibit in pursuing the impossible is compelling enough to make Underneath an absolute must-hear for anyone who dares to dream differently."