Alternative neo-shock rockers, Slipknot & metalcore pioneers, Hatebreed are coming to Oak Mountain Amphitheatre! They will be smashing the stage on Saturday 2nd May 2015, with their distinctive growling vocals, pumping intricate guitar rhythms and experimental NU metal sound! As well as their traditional theatrics, including their yet to be reveled, brand new masks. The anticipation is intense…
Do not miss out on this energetic rare performance! 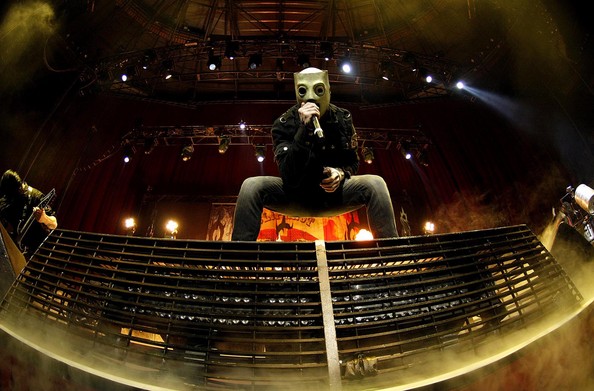 Slipknot are often said to be one of the most popular bands in the nu-metal outburst of the late '90s. Originating from Des Moines, Iowa and formed in 1995, they are best known for their iconic masked image, which the members are hardly seen without. Every single Slipknot mask has a individual character, which develops or changes with the release of each album. Their look has become an important part of their live image and has developed the sound of the music, drawing influence from bands such as Kiss and Faith No More.
Their success has transformed them into one of the most recognizable and never go out of style. Their 'very dark' sound has returned with their 2014 album, 'The Gray Chapter' which has been crowned number 1 on the Billboard 200 chart and sold 132,000 copies in one single week! Slipknot's new single, "The Negative One", was nominated for the 2014 Grammy Award for Best Metal Performance at the 57th Grammy Awards.
Time after time, these guys provide incredible performances to blow the audience away!!