Get a small-town feel of their music in a top-notch concert experience. Brothers in song and blood brothers The Avett Brothers are taking their Indie-America folk show on the road. In this side of town, follow that road leading to the Oak Mountain Amphitheatre on Friday 25th October 2019, and get loads of indie folk-pop music feels. For sure, devoted fans of the group will come in droves, just like zealous pilgrims relentlessly pursuing their mecca. Don't be left behind. Good news is, you don't have to walk that far. In fact, you can get tickets without leaving your seat. With just a few easy clicks on your fingertips, you'll be well on your way to see The Avett Brothers live. The 'buy tickets' button is just right under your nose. Start clickin' now! 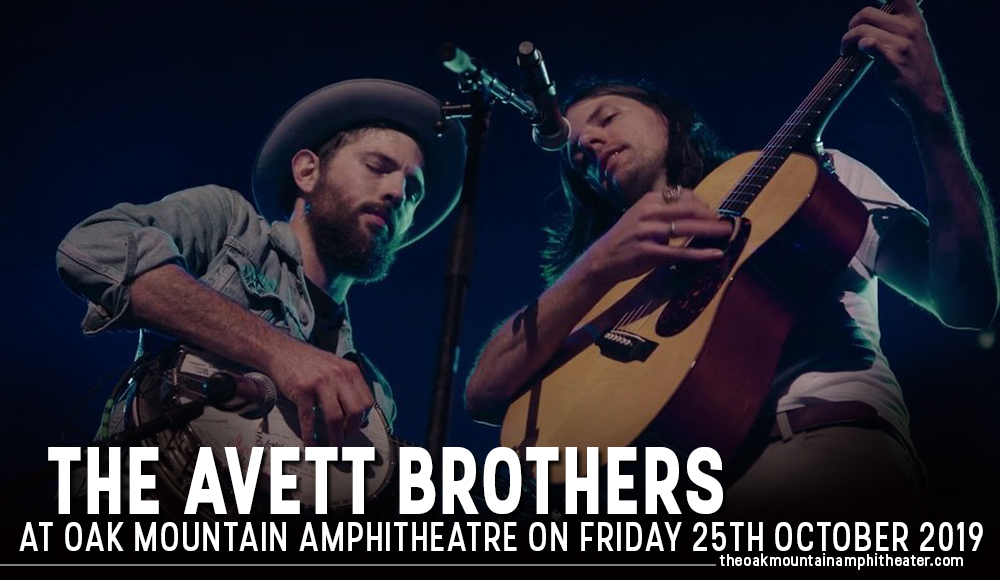 The Avett Brothers have been in the family business of making music since their childhood days in their native hometown in North Carolina. The brothers may have branched out to form other bands into their college years; yet what goes around comes around, so to speak. The brothers merged those spin-off bands, and official formed The Avett Brothers, comprised of two brothers, Scott Avett (banjo, lead vocals, guitar, piano, kick-drum) and Seth Avett (guitar, lead vocals, piano, hi-hat) along with Bob Crawford (double bass, electric bass, violin, backing vocals) and Joe Kwon (cello, backing vocals). Mike Marsh (drums) and Bonnie Avett-Rini (piano) are touring members of the band. Their debut album “Country Was” was released in 2002.

As they release more albums and acheived a more polished sound, they broke through the mainstream audience with the single “I Love You and Love You” reaching number 16 in the US charts. As fans started adoring their music, critics were paying close attention as well. The Avett Brothers solidified their distinct style of concocting an amalgam of bluegrass, country, punk, pop melodies, folk, rock and roll, indie rock, honky tonk, and ragtime, which the San Francisco Chronicle describes it as having the "heavy sadness of Townes Van Zandt, the light pop concision of Buddy Holly, the tuneful jangle of the Beatles, the raw energy of the Ramones."

The Avett Brothers is one lit concert you wouldn't want to miss. Book your tickets now!