Are you ready to make some noise! Undoubtedly the most famous three brothers in the world right now, the Jonas Brothers, bring you Remember This Tour at Oak Mountain Amphitheatre on Tuesday 19th October 2021 with very special guest Kelsea Ballerini! Grab your tickets now to the hottest show this summer, put on by the hottest boys in the world, don’t believe me? A staggering seventeen Teen Choice Award wins’ states, emphatically that they must be! So, don’t delay, these tickets will sell as fast as they come up, reserve your hot summer fun now! 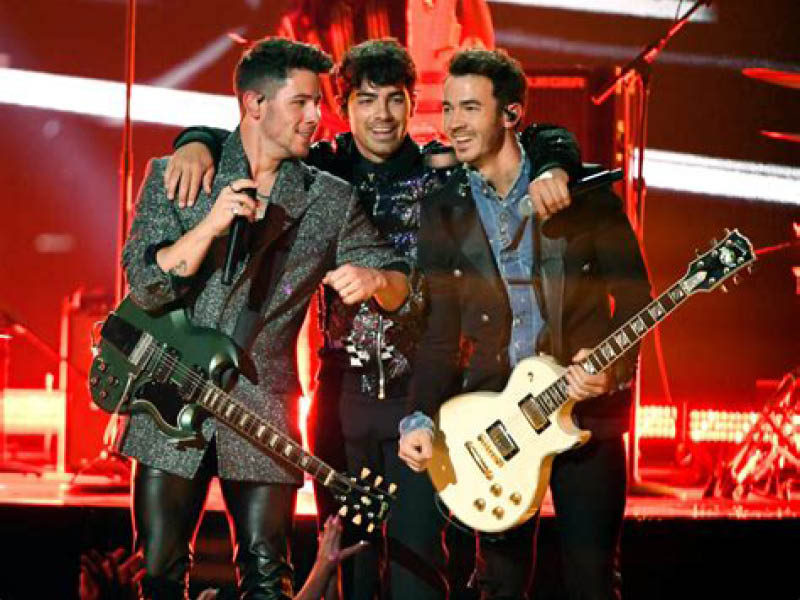 "We couldn’t be more excited to officially announce we are going on tour THIS summer and bringing our friend Kelsea Ballerini!" Joe, Nick and Kevin said in a statement announcing the tour. "If this past year has taught us anything, it’s that we need to remember the important moments in our lives. We hope these shows will be special moments for our fans, our friends and our families, and we can’t wait to see all their faces soon!!"

Joe, Kevin and Nick from Wyckoff, New Jersey, first came to the world’s attention on the Disney Channel television network in the early 2000s, they made their Breakthrough in 2008 winning a Grammy Award their very first year! Now they make teenagers all over the world scream, by playing them a Popped-up mix of rock, pop rock, pop punk, and power pop. To date they have won over, a staggering, sixty-one international Awards, with over a hundred nominations, including the seventeen Teen Choice Awards. They have released five albums to date, It's About Time, Jonas Brothers, A Little Bit Longer, Lines, Vines, Trying Times, and Happiness Begins, and this tour, the Remember This Tour, will be their eleventh headline tour to date! Before hitting the road, the brothers will team up with NBCUniversal for a Tokyo Olympics activation built around their upcoming single, Remember This. The song will debut on the opening night of the U.S. Track & Field Trials on June 18, according to a release, the song will "tell an Olympic-inspired story with athlete imagery and will feature a special message from the Jonas Brothers."