Enigmatic rockers, Alt-J are coming to Oak Mountain Amphitheatre on Thursday 8th October 2015! Alt J have launched into stardom with the release of their debut album 'An Awesome Wave', winning them the Mercury Prize and gaining them fans all around the world! They are loved for their quirky and whimsical lyrics and their soothing electro sound. Hit records include, 'Breezeblocks', 'Matilda' and 'Tessellate'. Their live concerts are a masterpiece of breathtaking visuals and of course their incredible music! Don't miss your chance! 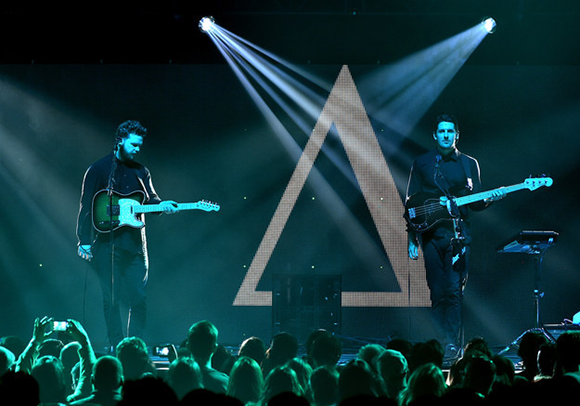 English indie rockers Alt-J, named for the delta symbol that appears when pressing "Alt" and "J" on a Mac keyboard, first formed in 2008 under the moniker FILMS. Their signature blend of layered, folk-inflected dub-pop and soaring alternative rock was first heard on the 2012 singles "Matilda" and "Fitzpleasure" with the group's full-length studio debut, An Awesome Wave, arriving later that year. With a hauntingly ethereal sound, alt-J is vaguely reminiscent of both Mumford & Sons and King of Limbs-era Radiohead. Collaborations with artists such as Miley Cyrus, Lionel Richie, John Legend, Michael Bublé and Elvis Presley, it is clear that they are creating an electrifying buzz an the music scene! One of the best current bands around!

One of most innovative bands of the 2000s, this Brooklyn-based quintet blends a slew of disparate elements —electronics, indie guitar rock, free jazz, funk, soul and a cappella doo-wop vocals —into a vibrant and arty sound that recalls Funkadelic, the Beach Boys, the Jesus and Mary Chain, Otis Redding and even Aphex Twin. It isn't exactly pop music, but TV on the Radio earned loads of praise from critics and fans alike with its major-label debut, Return to Cookie Mountain in 2006, and its 2008 follow-up Dear Science.