If you’re a fan of innovative alternative music, then get ready for some massive news!! The legendary Beck is teaming up with Cage The Elephant for an enormous North American tour!! It’s all happening at the Oak Mountain Amphitheatre on Tuesday 27th August 2019 – make sure you’re there by purchasing your tickets NOW!! 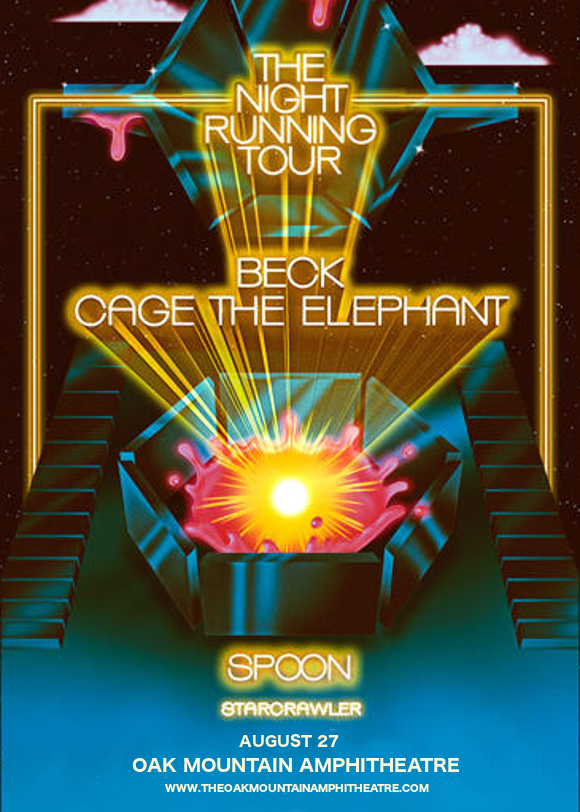 Of all musicians, Beck surely needs no introduction. The multi-instrumentalist, rapper, singer, songwriter and record producer rose to prominence in the 90s with his experimental lo-fi work. Over time, he expanded on this palette and became known for his ability to create a unique tapestry of sound, drawing from a range of genres as diverse as funk to country.

Beck’s latest album, “Colours,” is as eclectic and hard to pin down as the rest. “If I turned on pop radio right now, I wouldn’t say this was a pop record,” said Beck, describing the genre he perceives the latest record to be. “There’s a lot of music out there, so we thought, ‘Let’s try to make something that’s not just going to be ephemeral, something that disappears once somebody gets halfway through it’… There was a very strong positive feeling that was happening while we were making this record, this renewed appreciation and affection for playing music and the relationship with the audience, the joy of being together.”

Are you ready to experience that joy and togetherness for yourself?? Then don’t delay – book your tickets to see Beck and Cage The Elephant today, while you still have the chance!