Recently Brad Paisley flexed his musical muscles when he hosted the Country Music Association Awards and pulled in a hgue 3 million extra viewers to the show. one of the most popular country artists around he is back on tour, hot on the heels of his previous outing "Beat This Summer" Tour, dubbed "Beat this Winter" Tour which draws inspiration from his 2013 lineup. Joining the star is is special guests Randy Houser, Leah Turner & country music singer and songwriter Charlie Worsham. Coming to the Oak Mountain Amphitheatre on June 21st. 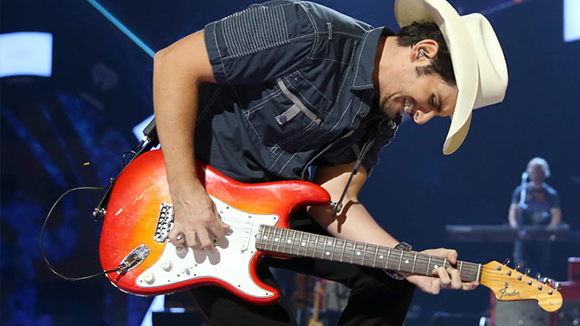 Brad Paisley is an American country music star, his songs frequently include pop culture references and humorous lyrics. Paisley was the 2008 CMA and ACM Male Vocalist of the Year winner. Starting with the release of his 1999 album Who Needs Pictures, Paisley has recorded nine studio albums and a Christmas compilation on the Arista Nashville label, with all of his albums certified gold or higher by the RIAA.

His talents have been sought by many including the White House where he performed in front of the President.