‘Bottoms up’ folks! Here’s a night of wild fun and revelry as Brantley Gilbert is throwing a touring party for fans, friends, and country music lovers. His highly anticipated ‘Take It Outside’ tour is sending fans in a state of frenzy to get their hands on those precious tickets. Sharing the stage with Gilbert are equally riveting and awesome country stars Justin Moore and Colt Ford . Lock-in your schedule as this rip-roaring show is definitely rolling to a city and venue near you. 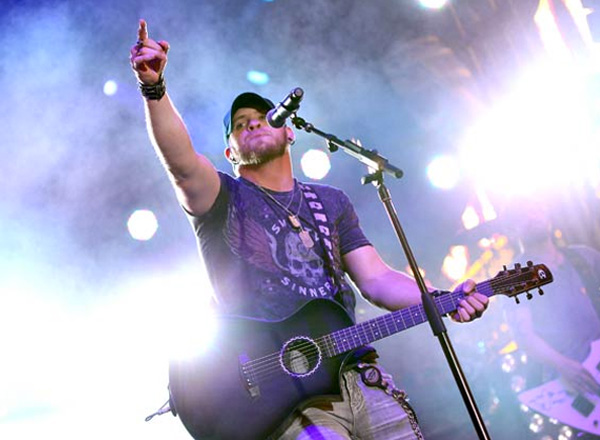 Brantley Gilbert’s career may not yet be in the league of those country music veterans, but in such as short span of time, he has gotten up to speed in terms of single and album chart action, record sales, and sold-out performances.

Gilbert started out as a songwriter for Warner Chapelle Publishing before being signed to a recording deal in 2009. One of his noteworthy compositions are Jason Aldean's singles "My Kinda Party" and "Dirt Road Anthem". To date he has released three studio albums, namely, Modern Day Prodigal Son (2009), Halfway to Heaven (2010), and Just As I Am (2014). These albums spawned monumental chart-topping hits like "Country Must Be Country Wide," "You Don't Know Her Like I Do," "More Than Miles," "Bottoms Up," "Small Town Throwdown," "One Hell of an Amen," and "Stone Cold Sober."

Brantley Gilbert is now hot on the concert circuit with his current tour dubbed as ‘Take It Outside’. For this particular tour, he has sought the company of two country artists who share the same vibe, grit and energy that he has. “We’ve all done so many things together. This is one of those tours that’ll be crazy before it even rolls,” Gilbert said. “Justin likes to really push the limits, and he’s a pretty serious performer. Colt is one of those guys who gets how to hit a crowd right between the eyes. If you love your country on the rougher side, this is gonna be a show for you.”