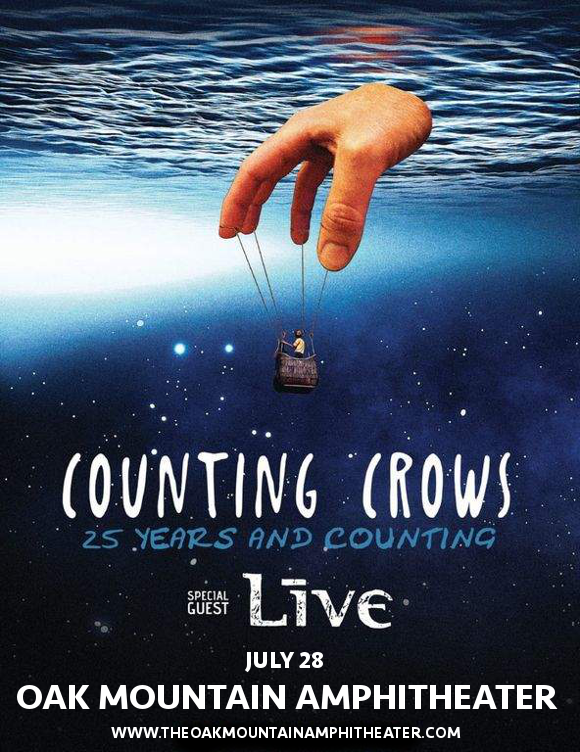 Breaking into the mainstream music world and capturing the attention of millions with their debut album “August and Everything After," Counting Crows have seen nothing but endless success since, selling out shows across the planet, and even going on to be nominated for an Academy Award for their song "Accidentally in Love"!

Now, the band are touring with their most recent release, “Under Wonderland”. “It’s probably one of the fastest albums we’ve made,” said vocalist Adam Duritz. “It went really well, but part of that had to do with the fact that I was woodshedding for a week every month in my house. We were there together. When we demoed the songs, we just held up an iPhone to record ourselves. When we got to the studio, it wasn’t just me teaching six other guys to play a song. They had the demos, and we had four guys pretty versed in the songs. That made it easier on everyone else.”

Get ready to hear all the new sounds live – have you got your tickets yet??