When talking about country music working-class heroes, two distinct names readily pop-up. Jamey Johnson & Cody Jinks are well-revered country music heroes that deliver old-school country music to the heartland. Together, they are now on a tour de force that will take them just by the neck of the wood here at the Oak Mountain Amphitheatre on Thursday 26th September 2019. Mark this date and lock-in your tickets to the show. Don't miss it! 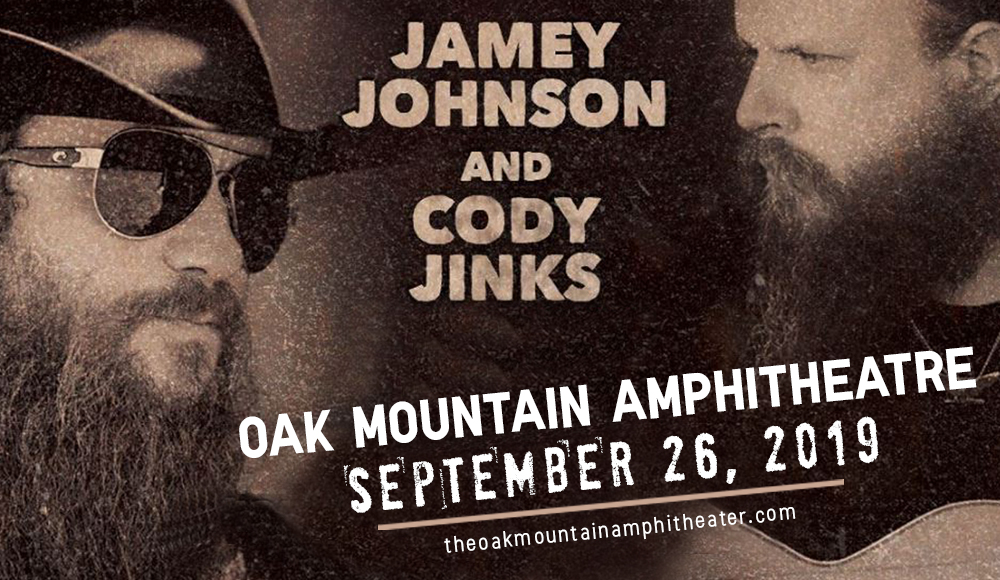 The beard, the guitar, the country twang…it may seem stereotypical. But country music is about heart and soul. And that's what Jamey Johnson and Cody Jinks sing about as they stir people's emotions to the bone. Now wonder they are hailed as country music working-class heroes.

Jamey Johnson worked his way up, debuting in 2005 with his single "The Dollar". On the side, he was also doing songwriting chores for singles of the likes of Willie Nelson and Merle Haggard, Trace Adkins, George Strait, James Otto, Joe Nichols and Jessie James Decker. He has garnered nine Grammy award nominations since 2009 for Best Country Album, Best Country Song, Best Male Country Vocal Performance and Best Country Collaboration With Vocals. Then he scooped up the Song of the Year for "In Color" at the 2009 CMA Awards and Academy of Country Music Awards. Johnson has accumulated 20 award nominations for his work, and he hasn't rested on his laurels and continues to be a the top of his game.

Would you believe Cody Jinks started out as lead singer of a thrash metal band!? After the band broke up, he took a brief hiatus, went back to his roots, then resurfaced playing country music. From there, he's seen chart action and success with his 2016 album, I'm Not the Devil, reached No. 4 on the Billboard Country Albums chart, while his 2018 album, Lifers, reached No. 2.