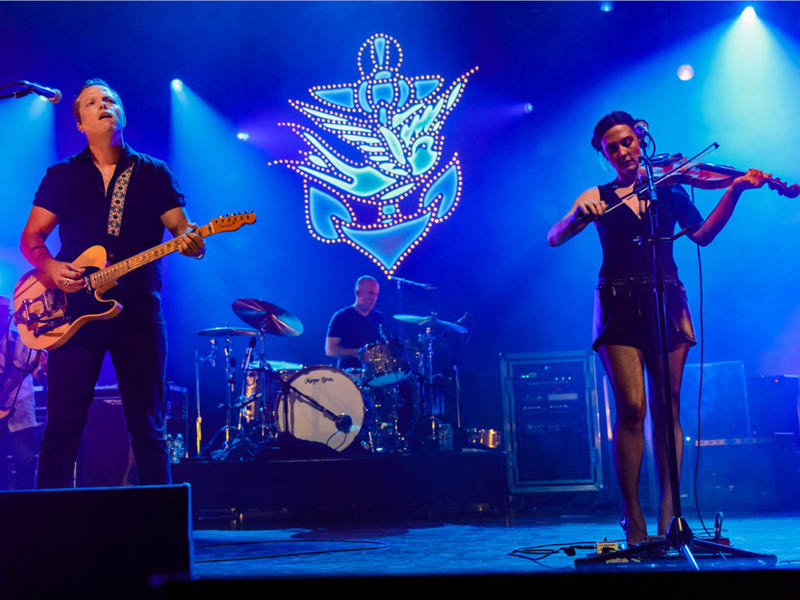 Michael Jason Isbell is an American singer-songwriter and guitarist. He is known for his solo career, his work with the band The 400 Unit, and as a former member of Drive-By Truckers. Isbell has won four Grammy Awards and nine AMA Awards. Jason Isbell and The 400 Unit, have six studio albums and are primarily made up of musicians from Muscle Shoals, Alabama. The lineup is: Sadler Vaden on guitar, Jimbo Hart on bass guitar, Derry DeBorja on the keyboard and accordion, Chad Gamble on drums, and Amanda Shires playing the fiddle. Their latest album, Reunions, was released on May 15, 2020, with the single "Be Afraid", which peaked at number 5 on the Adult Alternative Songs chart. On November 5, 2020, Isbell announced on Twitter that if Joe Biden won the state of Georgia in the 2020 United States presidential election, he would record a charity album featuring covers of songs by Georgia Artists, such as R.E.M. and Gladys Knight… we are all still waiting Jason 😊