Keith Urban is taking a break from judging on American Idol to focus on his Raise ‘Em Up Tour. He's a busy man the father, husband and Idol judge has just finished his previous Light the Fuse Tour. His new journey will bring him to the Oak Mountain Amphitheatre on August 23rd. Joining the New Zealand born superstar is Jerrod Niemann & Brett Eldredge. Just before the tour began, Niemann will release his newest album ‘High Noon,’and Eldredge is busy with his latest album. The three are sure to be an unstoppable team to Raise ‘Em Up this summer! 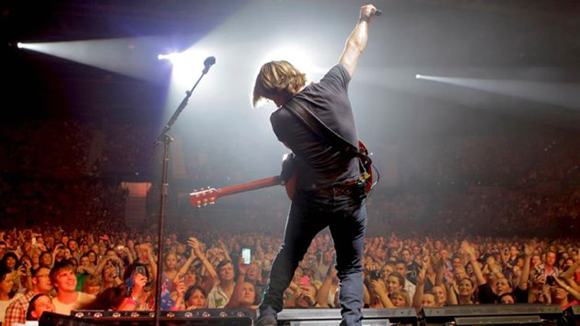 Keith Urban is a New Zealand born country music musician, songwriter, guitarist, and television music competition judge. In 1991 he released his self-titled album, but wasn't until he found work as a session guitarist before starting a band known as The Ranch, which recorded one studio album on Capitol Nashville and charted two singles on the Billboard Hot Country Songs chart.

Overall he has released 9 studio albums and has seen 31 singles reach the charts, 15 of which have reached number 1. More recently he has appeared on the Australian version of the hit TV show the voice as coach and as a judge on American Idol.