Kings of Leon the huge southern rock band are on tour again, hitting just 11 dates (with more tba later in the year). The band will be joined by special guests, indie rock band Local Natives. The Mechanical Bull Tour will support their latest album, "Mechanical Bull," the Tennessee band's sixth album, debuted at No. 2 on the Billboard 200 after its Sept, included the songs: "Supersoaker", "Temple", "Wait For Me" and "Beautiful War". Haven't got tickets? head on over to our ticket section and get yours online now! 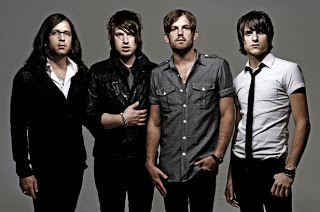 Kings of Leon are a hugely successful rock band consisting of family members: brothers Anthony Caleb Followill, Ivan Nathan Followill and Michael Jared Followill, with their cousin Cameron Matthew Followill. They have released a string of albums, The band's early music was an upbeat blend of Southern rock and blues influences, but it has gradually expanded throughout the years to include a variety of genres and a more alternative, arena rock sound.