A HAPPENING THAT WILL AWAKEN YOUR DARKEST SENSES…Coming to Oak Mountain Amphitheatre on Saturday June 20th 2020, KNOTFEST ROADSHOW! The biggest, baddest, heavy metal event of the year. Slipknot, A Day To Remember, Underoath & Code Orange all live, expect tickets for this year’s event to be in colossal demand, so don’t waste any time buy your tickets right now! A one of a kind music and lifestyle festival that celebrates rock & metal culture. Knotfest is brought to the world by the multi-platinum and genre defining group – SLIPKNOT. 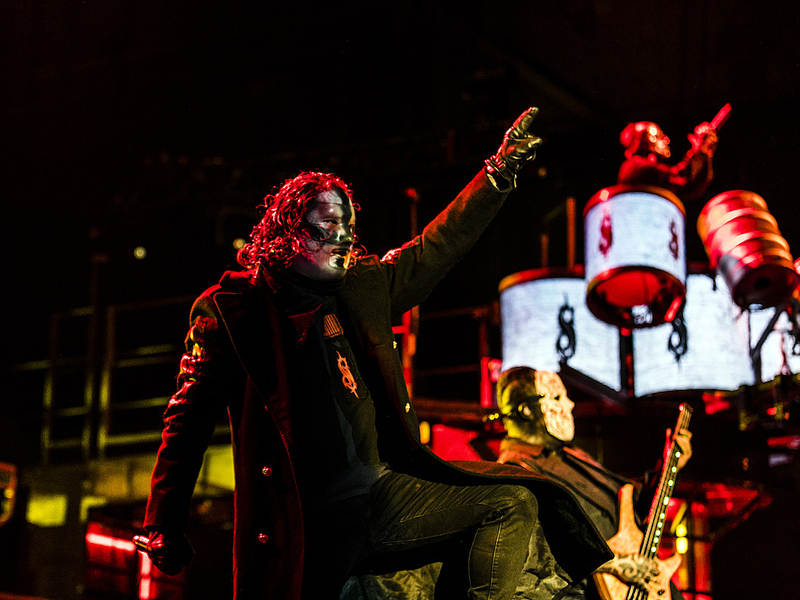 "It's all about having fun and going crazy, bringing it to the standard it used to be," Slipknot's Shawn "Clown" Crahan told Rolling Stone. "It's time for us to really engulf this idea known as Knotfest where we're in control, we make a day devoted to our mindset, our ideas, the people that we want to play with, the people that we think our fans want to be around… When everyone leaves their senses [will be] overloaded, and I'm talking about smells, sights, hearing, your body, everything is overloaded with stimulation, because that's what Slipknot does."

Following the enormous success of 2019’s inaugural KNOTFEST ROADSHOW tour, SLIPKNOT have announced that they will once again be hitting the road once again. Joining them and rounding out a killer line-up showcasing the best the world of heavy music has to offer, will be special guests, A Day To Remember, Underoath and Code Orange. Last year’s KNOTFEST ROADSHOW saw SLIPKNOT play to the biggest US crowds in their history, This year, KNOTFEST ROADSHOW 2020 will be even bigger! Among the activities the festival offers as part of its "dark carnival experience" are circus big-top tents, pillars of fire, amusement park rides, burlesque performers, firebreathers, stilt walkers, drum circles made of junkyard cars and graffiti walls and a Slipknot museum.
The event has been held both as a touring festival and a destination festival in several countries including the United States, Canada, Japan, Mexico, Colombia and France. Aside from Slipknot, Knotfest has featured a diverse alumni of past performers including Deftones, Marilyn Manson, Lamb of God, Bring Me The Horizon, Prong, Deadly Apples, Amen, Butcher Babies and Prayers.