The Rock gods will look down at Alabama's Oak Mountain Amphitheatre with approval and gaiety as two of the world's biggest nu-metal rock bands join forces in a headlining concert this September 1, 2022. Thursday night will be a special night for Korn and Evanescence's Alabama fans as the two iconic bands will unite in an evening of incredible rock music. Expect to hear Korn's massive hits, such as "Here to Stay," "Shoots and Ladders," and "Falling Away From Me," among several others, as well as new songs from their 2022 album "Requiem." Jam along with the songs from Evanescence's most recent album "The Bitter Truth" and to their signature tunes like "Bring Me To Life," "My Immortal," and "Lithium." Book your tickets now and be ready for this year's most extensive metal rock collaboration! 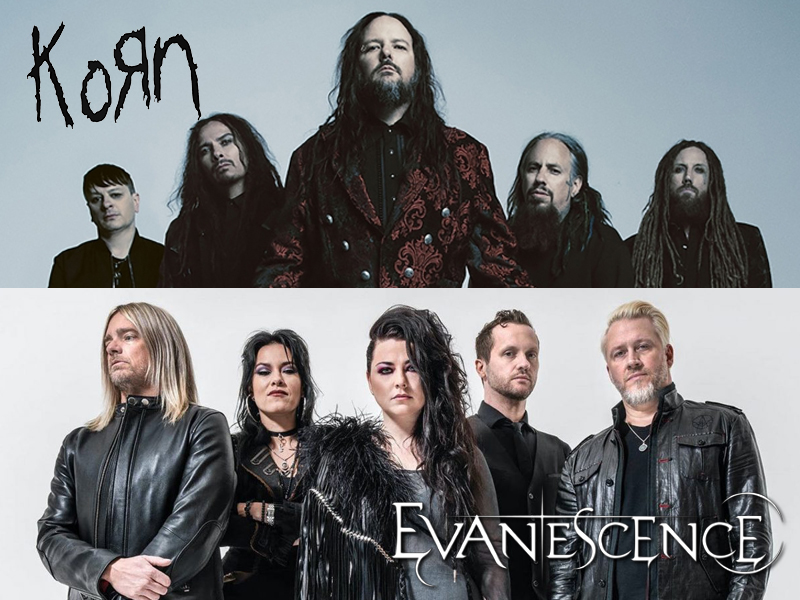 As the pioneer of the Nu-Metal scene, Korn is undeniably one of the biggest bands to come out of the early 90s. The band cemented their name in the music industry through their "Follow the Leader" album in 1998 and "Issues" in 1999, both debuting at number one on the Billboard 200. Fast forward to more than two decades later, the band sold millions of albums worldwide, continues to influence many rock bands and has been decorated with various awards — the most notable of which are two Grammy Awards out of eight nominations.

Today, the band rocks the country's major venues with their Spring tour, much to fans' excitement. This excitement was doubled as they recently announced that they will be embarking on a co-headlining tour with the rock band Evanescence this summer. Accompanied by special guests varying across select dates, the 18-city tour will kick off on August 16 in Denver and will wrap up in Washington this September 16.

"We're looking forward to going on tour this summer and bringing our friends Evanescence out. Whenever Amy [Lee] comes to one of our shows, I always love seeing her on the side of the stage, watching the whole set and rocking out. We're gonna have a great time on this tour, and we can't wait to see you there," Korn lead singer Jonathan Davis said in a press release.

Like Korn, Evanescence is a household name in the rock music scene. They are most notably known for their first full-length album, "Fallen," which contained the massive hits "Bring Me to Life" and "My Immortal." The album sold more than 17 million copies worldwide and propelled the band to win two Grammy Awards out of six nominations.

This collaboration is expected to be one of the best this year, so grab your tickets before they run out.