Join Rascal Flatts on THEIR LAST EVER TOUR as they wave farewell to their iconic career, fans can grab the chance to be there for their ultimate performance. The rumours have been confirmed and Rascal Flatts will be taking to the road for the very final time. Don't miss one of Country's most finest as they bring their long standing anthems to Oak Mountain Amphitheatre on Saturday 22nd August 2020! 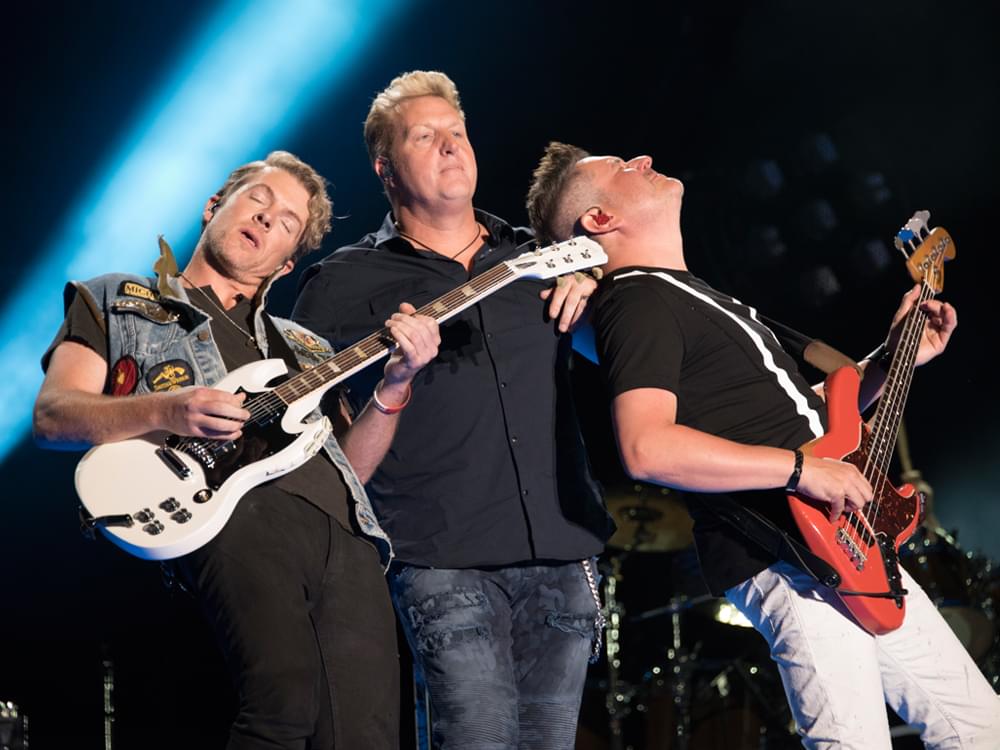 It's hard to picture the modern country music scene without the major influence of Rascal Flatts – as one of the most hardworking trios in the music business, they sure have made their mark throughout the last two decades as they have released groundbreaking albums and chart topping singles to their fans.

Now in 2020, they have announced that their upcoming tour will be their last, but it's not over yet – as Rascal Flatts will be bringing an unforgettable performance that celebrates all of the incredible triumphs they have made as a band.

Rascal Flatts first appeared on the American country music scene all the way back in 1999, with a lineup that has remained the same ever since the beginning of lead vocalist Gary LeVox, his second cousin Jay DeMarcus on bass guitar, and Joe Don Rooney on guitar and banjo. Together they have stormed the world with their popular music and quickly became one of the top artists within the genre.

Between some of their biggest years on the scene from 2000 to 2010, Rascal Flatts gave to the world seven impressive studio albums via the Disney Music Group's Lyric Street Record label. All of their records from this decade reached superstar level and were certified platinum of higher accreditation for their success and include the likes of; Melt, Still Feels Good, Unstoppable and more.

In 2010, the label that they had been with for the last ten years closed down and Rascal Flatts continued to make music with the hep of Big Machine Records. Together they churned out another five groundbreaking albums to satisfy their fans with. Rascal Flatts have combatted it all, with their high album sales and countless number one singles.

After a jam packed twenty one years of creating music and touring the world as one, Rascal Flatts will be making their 2020 tour a chance to say farewell, although this is sad news for their adoring fans, it gives another chance to experience Rascal Flatts, maybe even bigger and better than ever before!

Whatever you do this Summer – don't miss out on this once in a lifetime opportunity to catch Rascal Flatts live in concert while you still can!