Grammy Award-winning rock band, the Doobie Brothers, hits the road this summer for their 50th Anniversary Tour! The legendary quartet, which has famously sold over 50 million records worldwide, will traverse across North America for a massive 37-date tour. On Friday, 2nd September 2022, the Doobie Brothers will be rocking the stage at the Oak Mountain Amphitheatre. Fans can expect an impressively-curated and extensive setlist from the multi-platinum hitmakers. Aside from hits and fan favorites, the Doobie Brothers will cover tracks from their latest album, Liberte. Hurry and get your tickets now and celebrate the 50th anniversary of the Doobie Brothers! 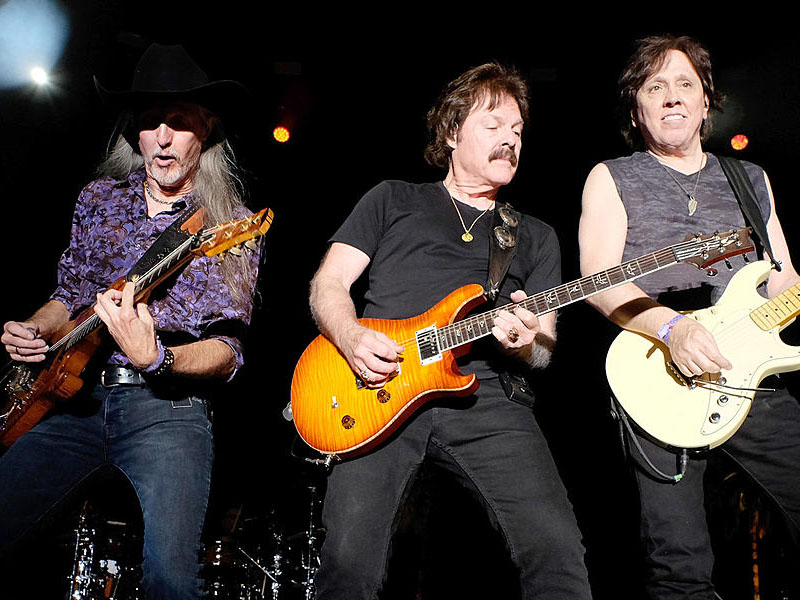 The Doobie Brothers are an American rock band who enjoyed stellar success during the ‘70s. Throughout their five-decade career, the four-time Grammy-award winners have released fifteen highly-acclaimed studio albums, selling over 25 million copies. In 2020, the band was inducted into the Rock and Roll Hall of Fame. “ According to the Rock Hall, “The Doobie Brothers have been a mainstay in the rock & roll landscape for nearly five decades.”

The band emerged in 1971 upon releasing their self-titled debut album, which performed moderately on the charts. The following year, the Doobie Brothers began to break ground with their sophomore album, Toulouse Street. Featuring the singles “Listen to the Music” and “Jesus, Toulouse Street peaked at number 21 on the Billboard 200 chart. After their second album, The Doobie Brothers enjoyed phenomenal success with their subsequent seven albums, which all entered the top 10 of the Billboard 200 chart. Their most notable record, Minute by Minute, was released in 1978. The record topped the Billboard 200 and the Canadian charts upon its debut. The album also earned the Doobie Brothers a Grammy Award for Best Pop Vocal Performance by a Duo or Group.