Country fans, are you hyped for the exceptional Thomas Rhett?? That’s right, he’s on tour in 2019 with his most recent album, “Life Changes,” and as if that wasn’t enough, he’s joined on the road by special guests Dustin Lynch & Russell Dickerson! It’s all happening at the Oak Mountain Amphitheatre on Saturday 17th August 2019 – be there! Go ahead and get your tickets today, before they disappear! 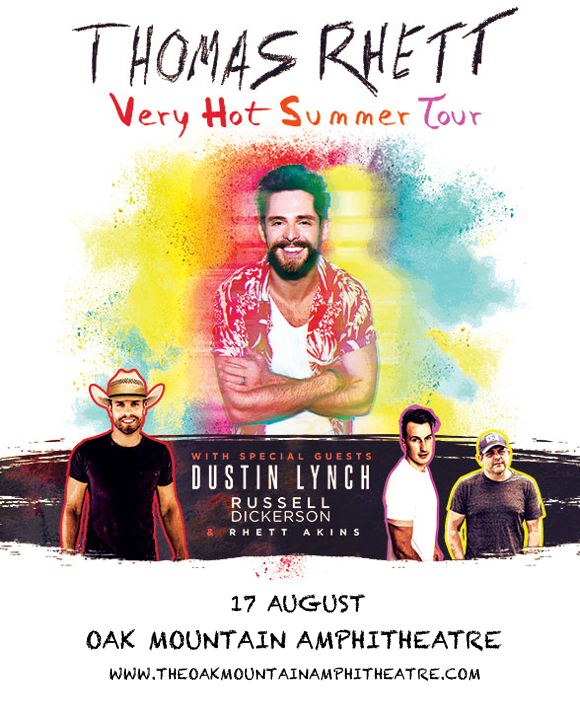 “Life Changes,” is Thomas Rhett’s third album, and it’s title perfectly reflects its contents. The album is a much more personal record than his previous, revealing a change in musical direction. "I was really just trying to have hits, you know? Make a name,” mused the singer, comparing the differences between his latest album, which is more personal, to his previous work. ”But looking back, never in a million years would I have thought that people would want to hear my personal stories in a song. But I've learned that my fans truly love a story, and they love an honest story — and that's what I tried to do on this record. Every song that I wrote, if it wasn't personal, I've at least experienced it in some form.”

Nobody was complaining about the hits, but the more personal, sincerity take in Thomas Rhett’s most recent work has definitely helped boost his popularity and brought him even closer to his fans. There’s only one way to get even closer yet – book your tickets now to see your favorite country singer NOW while they last!!