Hip hop fans! Get ready for a co-headlining summer show that's gonna be dope in more ways than one as Wiz Khalifa & Rae Sremmurd head to Oak Mountain Amphitheatre on Tuesday 14th August 2018 on their Dazed and Blazed Tour! With new albums out this year for both rap acts, fans can look forward to some fresh new material, plus support from Lil Skies and OT Genasis! 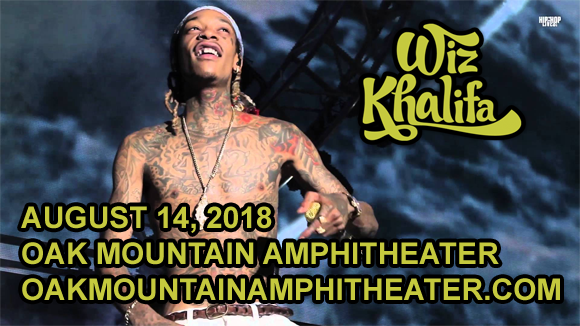 Wiz Khalifa is an American rapper and actor who found fame in 2010 with the release of his debut Atlantic Records single “Black and Yellow”, which peaked at number one on the US Billboard Hot 100. His debut album for the label, Rolling Papers, was released in 2011 and entered the Billboard 200 at number 2, going on to receive double-platinum certification. Khalifa's 2015 single  "See You Again", which was recorded for the soundtrack of the film Furious 7 and was a tribute to actor Paul Walker who died during the filming of the movie, peaked at number one on the Billboard Hot 100 for 12 non-consecutive weeks. Rolling Papers 2, Khalifa's long awaited seventh studio album, is slated for a 2018 release.