The multi-instrumentalist folk, rock and country group the Zac Brown Band are storming their way into the Oak Mountain amphitheatre on June 6th. The band have recently introduces a new member to the band: Bassist Matt Mangano to "diversify, and contribute other instruments to the band". The "Great American Road Trip," is hitting 27 venues, with longtime ZBB bassist/vocalist John Driskell Hopkins will continue in those roles, but also expand his participation in the group to include guitar, baritone guitar, ukulele, upright bass and banjo. Grab your tickets now! 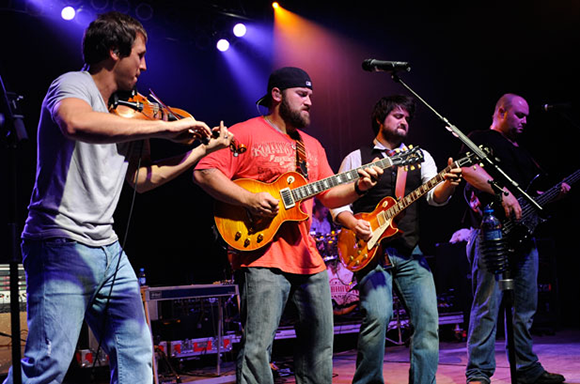 The Zac Brown Band was formed in 2001 by Zac Brown, starting out with small venues and festivals, as the band progressed so did the instrumentals, with violin and fiddle players John Hopkins and Jimmy De Martini. Their biggest album "The Foundation" Soared the band into the mainstream where it reached No.2 on the Billboard hot country chart and was later certified platinum, the band have also been nominated for a multiple Grammy's finally winning the 2010 Grammy for Best New Artist.

Impressive, entertaining and down right outstanding. Every band member perform at a higher level than many expect. Producing fantastic harmonies with audience interaction like no other. For a night of fun entertaining and heart felt music, get your tickets now!